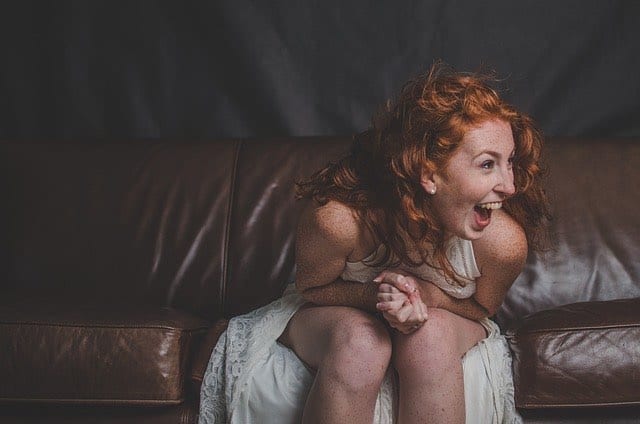 I love to laugh and have fun with my kids and my wife. I am always trying out new Dad jokes to keep our family smiling. Today I decided I would share the Dad Jokes that are so funny that even my wife laughed at them. This is not a small accomplishment as most of the time I tell her dad jokes I get the smirk or the pity laugh. Try them out on your family and make them smile today. Check out my 60 best dad jokes but I will warn you they are funny but they are still dad jokes. If these jokes don’t win her over try our 20 Things Every Wife wants to hear from her Husband post. 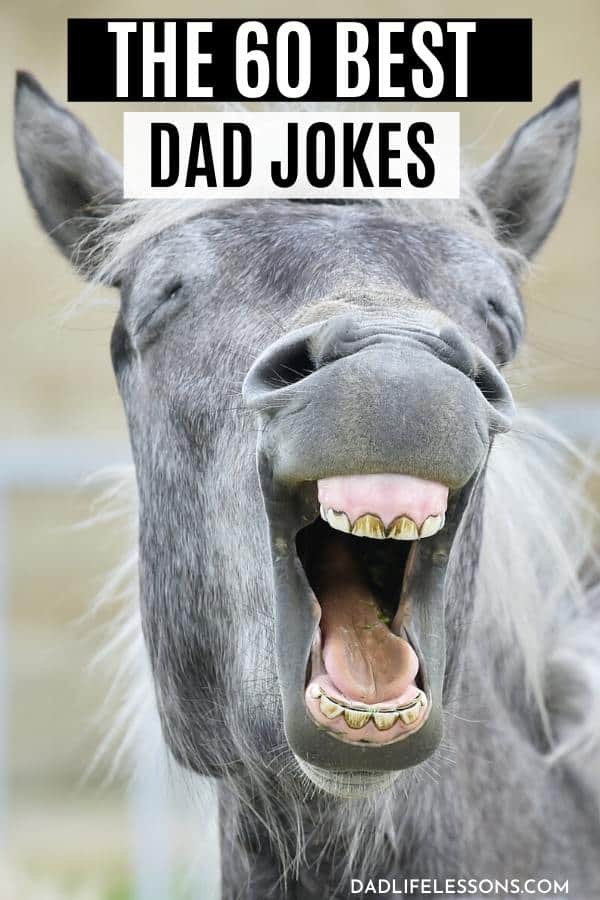 60 Best Dad Jokes – So Funny Even the Wife will Laugh! 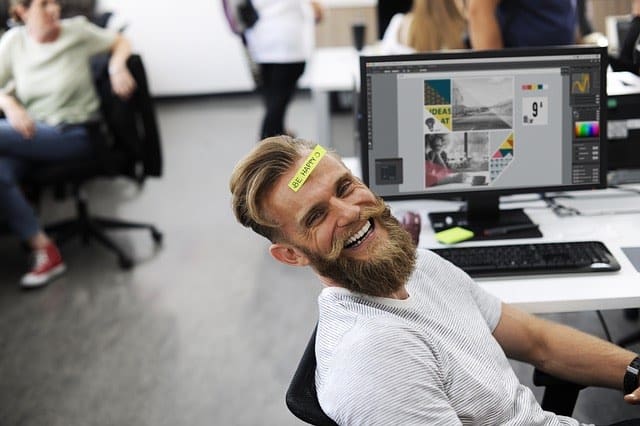 Did you hear about the actor who fell through the floorboards?
He was just going through a stage.

Did you hear about the Scarecrow that won an Award?
He was outstanding in his field!

I used to be addicted to the hokey pokey,
but I turned myself around.

Why do cows have bells?
Because their horns don’t work.

What do you call a cow with 2 legs?
Lean beef!

What do you call a fake noodle?
An Impasta (Must be said in your best Arnold Schwarzenegger voice)

What do you call a pig that does karate?
A pork chop!

What kind of music do mummies listen to?
Wrap music. 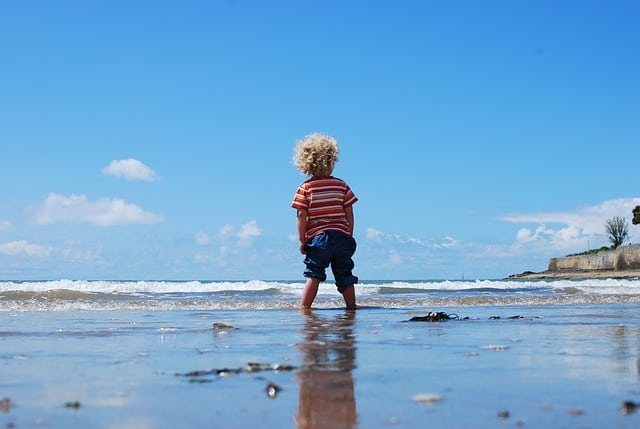 What washes up on really small beaches?
Micro-waves.

What Do you call a Dog that can do magic tricks?
A Labracadabrador

What did the ocean say to the shore?
Nothing, it just waved.

Joke 12:
Bicycles can’t stand on their own,
they’re two tired.

I used to have a job at a calendar factory.
But I got fired because I took a couple days off.

Have you heard the joke about paper?
It’s Tearable.

Joke 15:
I would avoid the sushi if I was you.
It’s a little fishy.

When my wife told me to stop impersonating a flamingo,
I had to put my foot down.

Joke 18:
Without geometry life is pointless.

Hey son did you know that My recliner and I go way back.

What do you call a cow with no legs?
Ground beef. 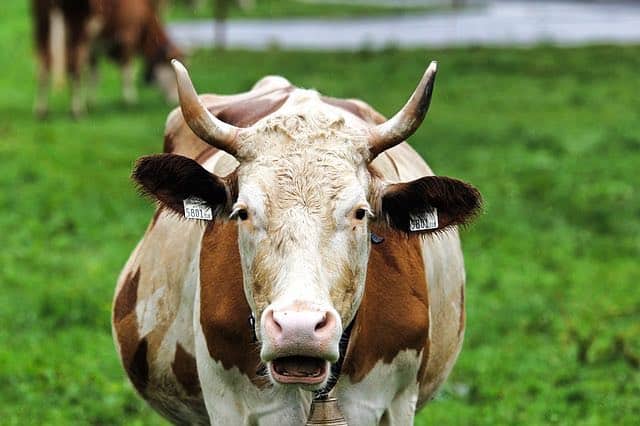 What time did the man go to the dentist?
Tooth hurt-y.

I’m on a seafood diet…
I see food and I eat it.

Why are skeletons so calm?
Because nothing gets under their skin.

Did you know the first French fries weren’t actually cooked in France?
They were cooked in Greece.

If you see a robbery at an Apple Store does that make you an iWitness?

25 Dad Jokes down with 35 more to go. You may need to take a laugh break before you move onto the next 5.

Spring is here!
I got so excited I wet my plants!

Why did the invisible man turn down the job offer?
He couldn’t see himself doing it.

If a child refuses to sleep during nap time, are they guilty of resisting a rest?

Need a Dad Joke break? Other Dad Life Lessons posts you may like:

How to easily set Xbox One parental Controls

10 Card Games to Play with Kids

I’m reading a book about anti-gravity.
It’s impossible to put down!

What do you call someone with no body and no nose?
Nobody knows.

What’s black, white, and read all over?
A newspaper

I ordered a chicken and an egg from Amazon.
I’ll let you know which comes first.

The fattest knight at King Arthur’s round table was Sir Cumference.
He acquired his size from too much pi.

Did you hear the news? FedEx and UPS are merging.
They’re going to go by the name Fed-Up from now on.

Don’t trust atoms.
They make up everything!

5/4 of people admit that they’re bad with fractions.

What’s E.T. short for?
Because he’s only got little legs!

A steak pun is a rare medium well done.

Congrats on making it through 40 of our 50 Best Dad Jokes List. If your stomach isn’t hurting yet from laughing you aren’t reading them right. Don’t stop now as Dad’s aren’t quitters! We can just be delayers, we will eventually get to it.

If you need a break from laughing check out Other Dad Life Lessons posts you may like:

How to get Perfect Bacon from an Air Fryer

Must Have Apps for Dad

Make a Dollhouse out of Cardboard

What did the mountain climber name his son?
Cliff

I remember the first time I saw a universal remote control.
I thought to myself ‘well this changes everything’.

I went to a seafood disco last week!
Pulled a mussel!

Did you hear about the guy who had his left side cut off?
He’s all right now!

I don’t trust stairs because they’re always up to something.

Did you hear about the girl who quit her job at the doughnut factory?
She was fed up with the hole business.

Milk is the fastest liquid on earth.
It’s pasteurized before you even see it!

Struggling to think of what to buy someone for Christmas?
Get them a fridge and watch their face light up when they open it.

I don’t often tell dad jokes, but when I do he laughs. 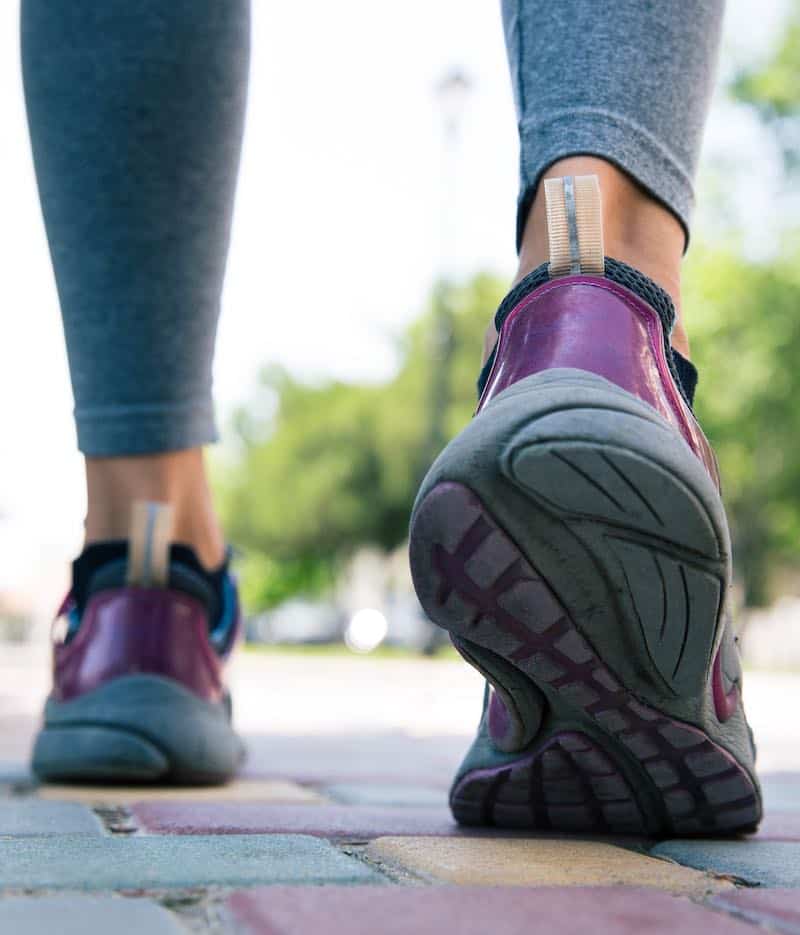 I bought some shoes from a drug dealer.
I don’t know what he laced them with, but I was tripping all day!

How do you make holy water?
You boil the hell out of it.

I am reading a book at the moment about glue.
I can’t put it down.

I used to hate facial hair….but then it grew on me.

What lies at the bottom of the ocean and twitches?
A nervous wreck.

I went to play boomerang the other day but forgot how to use it.
Then it came back to me.

I stayed up all night wondering where the sun went.
Then it dawned on me.

How do you make a Tissue dance?
Put a Boogie in it. 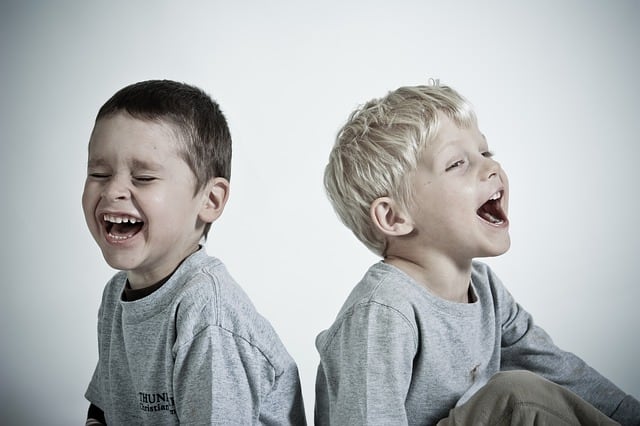 Is it just me or did you laugh hard enough that it feels like you had an Ab workout? Does this count for my daily workout? I think I will count as I am sure I burned at least a few calories. These Dad jokes came in all shapes and sizes. Some are funny, some are quirky, and some just make you scratch your head but all were truly Dad Jokes. I hope they made you laugh enough that you tell them to your wife and kids. As I truly do believe these are the 60 Best Dad Jokes – So Funny Even the Wife will Laugh! Make sure to share these with others as I can guarantee you no one can hear all of these and it not put a smile on their face. Since you made your kids laugh make sure you protect them as well with our 8 Actionable Dad Tips to protect your kid online.

2316 shares
Awesome Dad Emails
In these emails, you will find out how to balance being an awesome Dad and keeping your family happy and healthy.